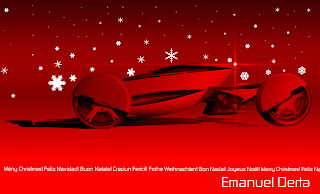 
Best wishes to everyone reading this blog!
Posted by Emanuel Derta at 10:00 Nessun commento: 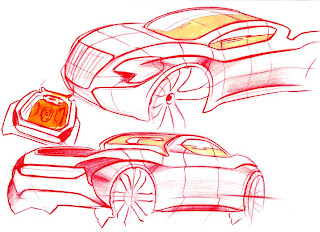 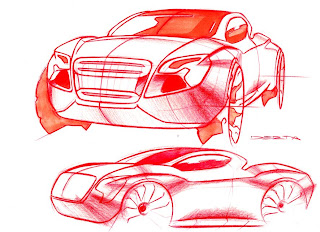 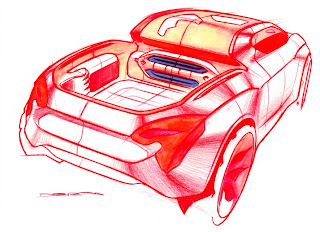 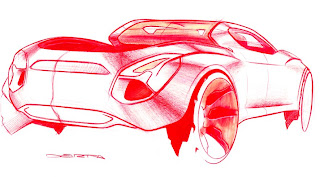 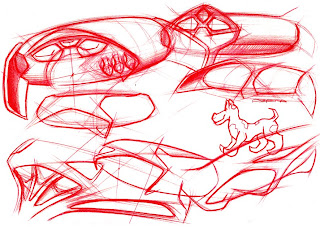 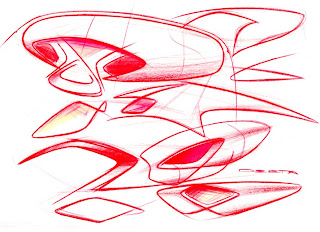 Here are some sketches of a pick-up. This is a selection of the initial sketches and some views of the car at this moment just as sketches latter I will ad the renderings and the final presentation. On the exterior I´m quite OK with the looks but on the interior I still have to define more due to the fact that the idea is there in my head, just needs to come out. As you can see for the interior I have started in a direction but it was not what I want so I have to go following the last interior sketch. I tried to put the sketches in the order I have made them.
Posted by Emanuel Derta at 03:50 1 commento:

Development of the exterior 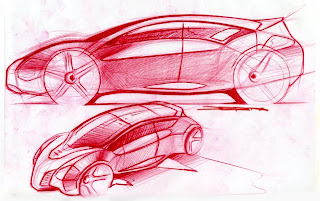 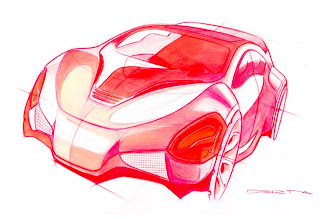 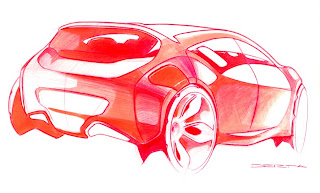 Interior for the sketch from 5th. of November 2005. 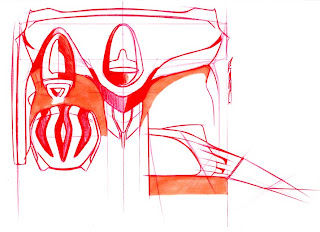 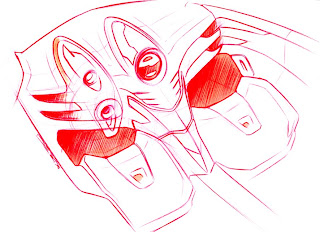 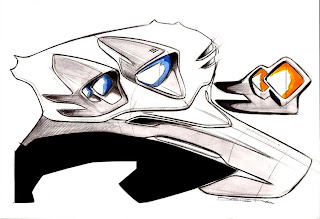 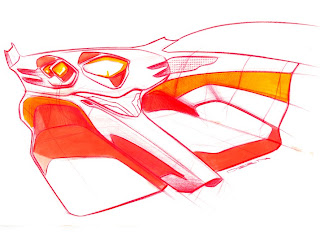 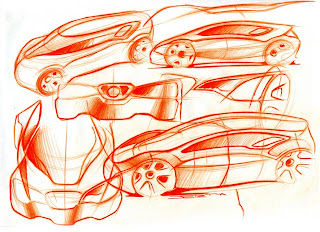 Latter I will add some comments...

Sorry for not updating the blog for quite a while now, but I´m in the middle of some nice work and I promise you that soon more stuff is coming.
Posted by Emanuel Derta at 02:39 Nessun commento:

Yesterday after almost 5 years of not knowing anything about him, entering Vercar Model in Beinasco, Turin I have meet a person that marked my life as a designer: Mike Robinson. So why do I say this? After I have finished the school in Valencia I was looking for a job in car design industry, and a good friend of mine give me Mike’s e-mail. At that time he was in charge of the Centro Stile from Turin. To make it short the same day I have received a mail from Mike asking me to come for an interview in Centro Stile. After that in about half a year I have started my career as a professional car designer in Fiat’s Advanced Design working under the supervision of Roberto Giolito, as an Inovo Design Studio employee.

After that we worked for a short period of time in some projects and we discovered that we liked old Lancia cars a lot and for both the best car ever designed was 1970 Lancia Stratos Zero made by Marcello Gandini for Bertone.

Now Mike Robinson is in charge of the Master Advanced Design IED Torino. And by knowing him he will do a very good job because is one of the best in communicating his ideas. The next video a talk with Cesar Mendosa, IED Torino’s director, is a very good explanation of the concept of advanced design. 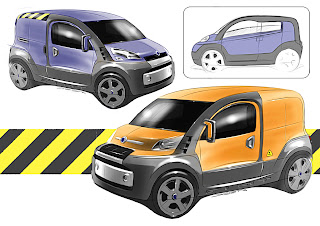 This is one sketch that I have done while I was in Fiat in the Advanced Design Studio. Even if I have worked just in the first phase of design for the Fiat Fiorino I have to thank Peter Jansen for publishing this image. So here is the link: http://www.autoblog.it/galleria/big/fiat-fiorino/48
Posted by Emanuel Derta at 07:11 Nessun commento: Last Sunday I have been to see Deep Purple's concert in Torino. As always they are still one of the best old bands around. Highway Star and Smoke On The Water still sound amazing!
Posted by Emanuel Derta at 11:43 Nessun commento: Soon I will start a new adventure...

Now I have made this blog just because I want to! I don't care what other people think or if they like or not my work. But I think I will just have a little bit of fun with this! So see you soon...
Posted by Emanuel Derta at 04:45 1 commento: